|  0 Comment
Today we will understand the concept of Multilayer Perceptron.

Recap of Perceptron
You already know that the basic unit of a neural network is a network that has just a single node, and this is referred to as the perceptron.
The perceptron is made up of inputs x1, x2, …, xn their corresponding weights w1, w2, …, wn. A function known as activation function takes these inputs, multiplies them with their corresponding weights and produces an output y.

Also note the the learning algorithm for the multilayer perceptron is known as back propagation(explained here). 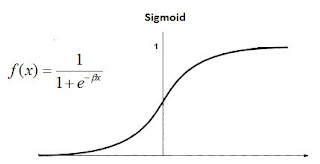 Another example of a sigmoid function, is the hyperbolic tangent activation function shown below which produces an output ranging between -1 and 1 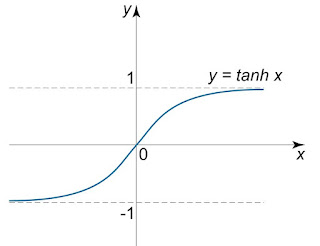 Yet another type of activation function that can be used is the Rectified Linear Unit or ReLU which is said to have better performance than the logistic function and the hyperbolic tangent function.

An MLP is made up of a set of nodes which forms the input layer, one or more hidden layers, and an output layer.

Layers of Multilayer Perceptron(Hidden Layers)
Remember that from the definition of multilayer perceptron, there must be one or more hidden layers. This means that in general, the layers of an MLP should be a minimum of three layers, since we have also the input and the output layer. This is illustrated in the figure below. 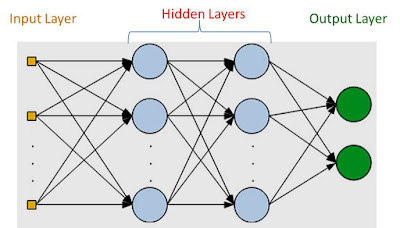 Training/Learning in Multilayer Perceptrons
The training process of the MLP occurs by continuous adjustment of the weights of the connections after each processing.  This adjustment is based on the error in output(which is the different between the expected result and the output). This continuous adjustment of the weights is a supervised learning process called ‘backpropagation’.
The backpropagation algorithm consists of two parts:

In the forward pass, the expect output corresponding to the given inputs are evaluated
In the backward pass, partial derivatives of the cost function with respects to the different parameters are propagated back through the network.
The process continues until the error is at the lowest value.
(A detailed lesson on backpropagation is found here.)

Another learning method for the multilayer perceptron is the Stochastic Gradient Descent) which is explained in details in another tutorial.

Thanks for reading and if you have any questions, do drop in the comment box below