Test the null hypothesis of no effect agains the alternate hypothesis that medication is effective. Execute it with Wilcoxon test

Step 2: Calculate the differences between the pairsof measurements
I have done this using Microsof Excel and the result is shown below 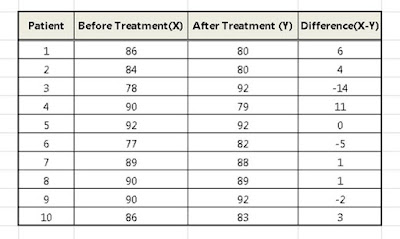 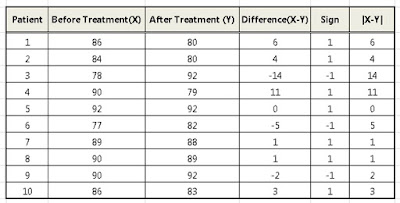 Step 5: Calculate the signed ranks
This signed rank is gotten by multiplying the ranks with the corresponding signs in the sign column.
The table would now look like the one below

Step 6: Calculate Sum of Ranks
Calculate  the sum of ranks for the positive differences as given below

Calculate teh sum of ranks for the negative differences

The smaller of the two is used as the test statistics.

Step 7: Look up the z-Table and Compare
Get Statistical table from here