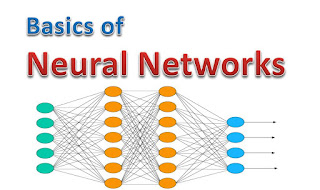 Just as you know, we would try to keep it simple and clear so that you will not find it difficult to understand and appreciate the concept. We would cover the following:

1. What is a Neural Network

An Neural Network is a computing system that is based on the biological neural network that make up the human brain. Neural networks are not based on any specific computer program written for it, but it can progressively learn and improve its performance over time.
A neural network is made up of a collection of units or nodes called neurons. These neurons are  connected one to the other by means of a connection called synapse. By means of the synapse, a neuron can transmit signal or information to another neuron nearby. The receiving neuron can receive the signal, process it and signal the next one. The process continues, until an output signal is produced.

Note that Neural Networks are a branch of Artificial Intelligence.So the application areas has to do with systems that that try to mimic human way of doing things.  There are many modern application areas of neural networks which includes:
Computer Vision: Since no program can be written to make the computer recognize all the object in existence, the only way is to use neural networks such that as time goes, computer could on its own recognize new things bases on what it has previously learnt.
Patter Recognition/Matching: This could be applied in searching a repository of images to match say, a face with a known face. Used in Criminal investigation
Natural Language Processing: System that allows the computer to recognize spoken human language by learning and listening progressively with time.

The output of each neuron is calculated by non-linear function. This function would take the sum of all the inputs of that neuron.

Now, both neurons and synapses usually have a weight that continually adjusts as the learning progresses. This weight controls the strength of the signal the neuron send out across the synapse to the next neuron. Neurons are normally arranged in layers. Different layers may perform different kind of transformation on its input. Signals move through different layers including hidden layers all the way to the output.

The perceptron is the simplest model of a neuron that illustrates how a neural network works. The perceptron is a machine learning algorithm developed in 1957 by Frank Rosenblatt and first implemented in IBM 704.

How it Works
How the perceptron works is illustrated in Figure 1.  In the example, the perceptron has three inputs x1, x2 and x3 and one output.
The importance of this inputs is determined by the corresponding weights w1, w2 and w3 assigned to this inputs. The output could be a 0 or a 1 depending on the weighted sum of the inputs.

This is shown below in Equation 1.

This operation of the perceptron clearly explains the basics of Neural Networks and would serve as a good introduction to learning neural network.
Now we would examine a more detailed model of a neural network, but that would be in part 2 because I need to keep this lesson as simple as possible.

5. Introducing a Bias and Sigmoid Function

Lets not consider a general example, this time we have not just 3 inputs but n inputs. Just as you know, the formula now becomes:

which is not much different from the one we previously had. But if we use a function like this one, the output could be any number. However, we want the output to be a number between 0 and 1.
So what we would do is to  pass this weighted sum into a function that would act on the data to produce values between 0 and 1. What function would that be? Yes, that is the sigmoid function! which is also know as a logistic curve. 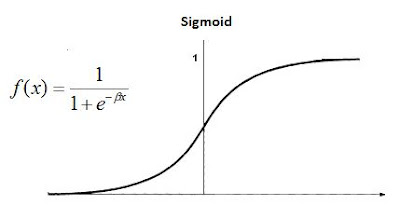 So if we use the symbol σ, we would have:

The bias is a measure of how high the weighted sum needs to be before the neuron activates.

Only activate when weighted sum > bias 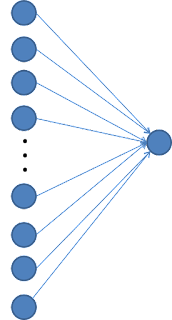 What we have considered is something like shown above, with just two layers. But Neural networks actually could contain several layers and that is what we are going to consider in subsequent lessons on AI Artificial Intelligence

In the next lesson, we would look at more details of how the Neural Network works.

What the heck is TensorFlow (Beginner Tutorial 1)

[…] How is neural network related to classification and […]

one’s decisions). A neural network accepts inputs, processes them, and produces output, similar to the biological thought. You can add as many layers to a neural network as you want and make it as complex as your problem requires.

What is the Difference Between Machine Learning and Deep Learning? - The Genius Blog